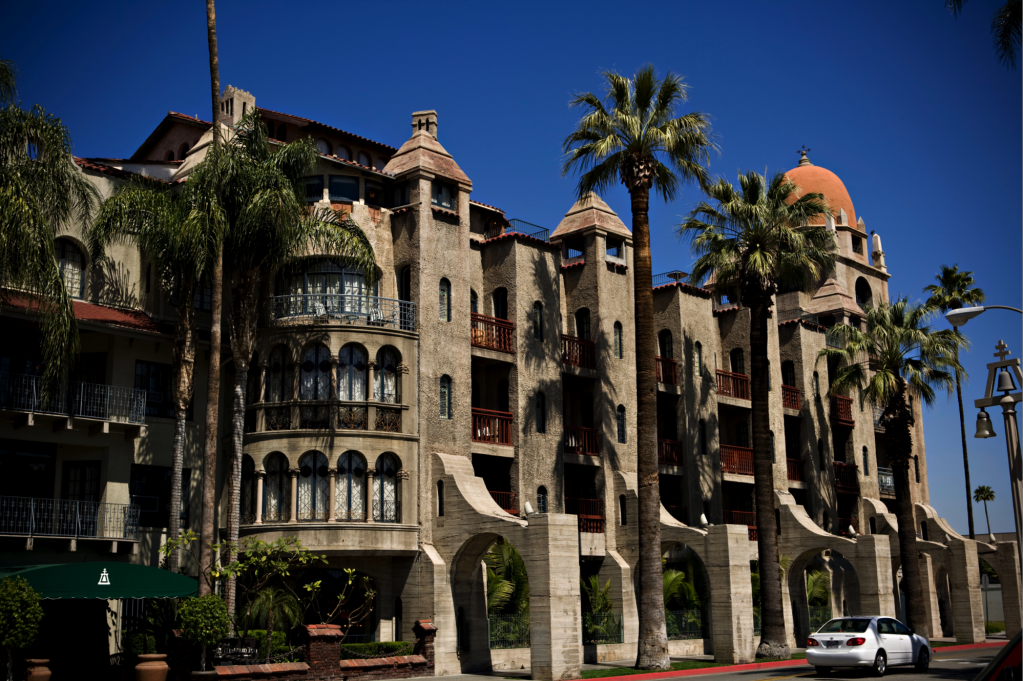 The Downtown Neighborhood is more than just the heart of Riverside; it is also the cultural and urban hub of the Inland Empire. No other place in the Inland Empire has the diversity offered by Downtown Riverside in so compact an area. With its grid street pattern originally laid out in 1870 – long before the widespread advent of the automobile – Downtown retains a distinct historic and walkable character reminiscent of many older California cities.

Overflowing with historic riches, the Downtown neighborhood is home to more than a dozen historic sites listed on the National Register of Historic Places and more than thirty City-designated landmarks. A walking tour of Downtown offers pedestrians a tree- and arbor-shaded trip through California’s architectural history, including prime examples of Spanish Colonial Revival, Mission Revival, California Bungalow, Beaux Arts and modern architectural style buildings. Downtown Riverside is perhaps best known for the Mission Inn Hotel & Spa, which in its century of ongoing operations has become an historic City icon. During the holiday season (Thanksgiving to New Year); the Mission Inn is decorated with as many as 3.5 million holiday lights and hundreds of animated figures becoming the crown jewel of the City’s signature event, “Festival of Lights.” This annual event draws crowds from the region and beyond to enjoy the many festivities including a lighting ceremony, outdoor ice skating, entertainment, carriage rides and holiday-themed vendors.

The Downtown neighborhood is proudly served by public facilities including the Downtown Fire Station No.1 and the Riverside Community Hospital. There are several parks to enjoy in the Downtown neighborhood. Mount Rubidoux is a 161-acre prominent and distinctive hill rising high above downtown with hiking trails to spectacular views of the City from the top of the hill. It is well known for its annual Fourth of July fireworks celebration and Easter Sunrise services. The 209-acre historic Fairmount Park includes Lake Evans, Fairmount Lake and Fairmount Park Golf Course designed by the Olmstead Brothers, renowned landscape architects of the time. Other great parks include historic White Park and Dales Senior Center; Newman Park and the Riverside Sports Wall of Fame; Loring Park; and, the newly renovated Carlson Dog Park. Schools within the Downtown neighborhood include St. Francis de Sales and Bryant Elementary. The County Office of Education and Riverside Unified School District are also located downtown.

Find Your Way Around Downtown and Historic Riverside