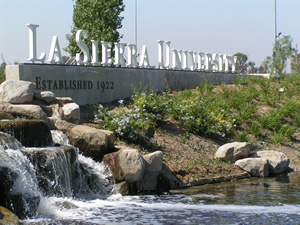 Stretching between the western edge of Riverside, CA and the Arlington area, La Sierra is a large and complex neighborhood that forms the western gateway to the City. The La Sierra neighborhood became part of the City of Riverside when voters approved annexation in 1964. La Sierra got its name from the original Mexican land grant known as Rancho La Sierra de Sepulveda.

La Sierra University is located in the heart of the neighborhood. The campus began on a site purchased by the Seventh Day Adventist Church to establish an academy. Today, it encompasses approximately 140 acres with over 2,000 students. The extensive grounds feature an arboretum, a major library, museums, an observatory and numerous other facilities.

Beginning in the late 1990’s and during the 2000’s, the neighborhood experienced dramatic growth with the Riverwalk master planned community bringing more than 1,000 new single-family homes and over 500 luxury apartments to the neighborhood. Riverwalk also includes a premier business park with light industrial, offices, medical offices and retail, known as “The Shops at Riverwalk.” The business park is conveniently located near the Riverside (91) Freeway and provides excellent employment opportunities for the area. Convenient access to the heart of the community is provided by Riverwalk Parkway, a major new roadway accessing the community. A linear park with interconnecting paseos is planned along Riverwalk Parkway to provide an interpretation of history of the region known as the “Walk Through Time.” Other notable development includes a major expansion to the Galleria at Tyler in 2007, which included the addition of a sixteen screen theater and many fine restaurants such as P.F. Chang’s China Bistro, Cheesecake Factory and Elephant Bar, enhancing upon this premier shopping destination.

Find Your Way Around La Sierra