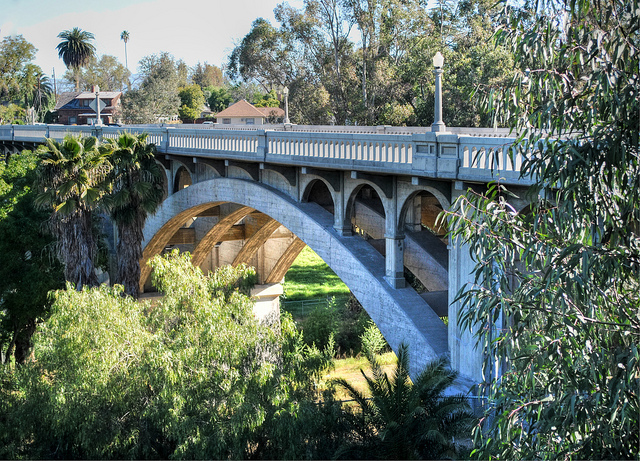 Victoria, in Riverside, CA, was originally part of the Arlington Heights subdivision, is an old and historic neighborhood and was partly developed by Matthew Gage. The streets flow with the land, following the natural contours, and the varying house elevations make for an ever-changing urban environment. Victoria has been a part of Riverside since its foundation. Only the eastern-most portion was added later in two separate annexations in 1960 and 1961.

This area is split fairly evenly between low-density and medium-density housing and this neighborhood has the fourth highest home ownership rate in the city. The western edge of the neighborhood supports a mixture of commercial and office uses, along with the Olivewood Cemetery. Victoria is also home to the California School for the Deaf, a premier provider of special education services.

The largest and most notable feature of this neighborhood is Victoria Avenue, designed to mirror the divided carriage-way of Magnolia Avenue. The Avenue is and City Landmark and currently in the designation process to list it in the National Register of Historic Places. This street is the central thoroughfare through the north portion of the neighborhood and forms the eastern boundary in southern portion.

Prior to the extension of Victoria Avenue the original access to this large residential neighborhood was across Ivy Street. In order to provide an attractive and impressive entry marker for his subdivision, Mathew Gage contracted with Priestly Hall, a local architect of note, to design a Victorian style house on top of Victoria Hill. This house still stands and is known as Rockledge. The three-story adobe house is a prime example of Victoria architecture and was recently restored to excellent condition.

Victoria’s northern boundary is the Tequesquite Arroyo, which provides a unique geographical barrier, separating this region from the Eastside neighborhood, and providing open space for recreation. The Victoria Country Club, established in 1903 and possibly the State’s first such country club, is situated above and in the arroyo and offers a beautiful natural environment very near to the heart of Downtown.

The original Victoria Bridge was wooden and built in 1891 to unite the new Arlington Heights citrus growing tract with Downtown. It was designed by Priestly Hall who, in addition to designing Rockledge, was a contributing developer of the Arlington Heights subdivision, and built across his land. This structure linked the north end of Victoria Avenue with the eastern portion of the original Mile Square. The bridge opened on Thanksgiving Day, 1891 and supported a streetcar line from 1901 to 1924, but suffered deterioration from loads too heavy for its design. The 1928 replacement bridge is of concrete and steel and was deeded to the City in 1989.

The name Hawarden originated in the British Isles and comes from Flintshire, North Wales, where Hawarden castle, town and civil parish are located. The English descendants who invested in and occupied Arlington Heights, brought names they were familiar with in the British Isles. The Hawarden Hills area was included in Riverside’s original 39.4 square miles when it incorporated in 1883.

Today, the Hawarden Hills neighborhood is developed primarily with single-family residences on mid-sized and estate lots, but also contains a small number of planned residential developments along Victoria Avenue. Much of the residential area was built between 1970 and 1990 and is split roughly evenly between mid-sized and estate lots. Streets follow the natural contour of the hilly terrain to produce winding roadways that offer variety and interest to the neighborhood street-scape. According to the 2000 Census, Hawarden Hills has the second highest average property values and income levels in the City.

The neighborhood has convenient access to several fine public facilities. Located just a short distance northwesterly of the neighborhood, schools include Poly High School, Gage Middle School, Washington and Victoria Elementary Schools and the California School for the Deaf. Also located nearby are Washington Park and the extensive walking paths and bike trails along scenic tree-lined Victoria Avenue.

Find Your Way Around Victoria and Hawarden Hills